A people who, barely 4,800 years of age,  claims to  have discovered ancestors aged 560,000 years. Has there  been a very long pause in creation?

The man of Grimaldi who was seen in this picture, discovered in Monaco in 1901, was regarded for almost 50 years as the ancestor of whites, exposed throughout the museums, but after a deep analysis of the remains of food found in his stomach and its morphology, it proved to be a negroid according to Professor  Cheikh  , since we hear more talk about the man of Grimaldi …

Nature once created man in passing and she did it in Africa, then this man left Africa to go and populate the rest of the earth.  If this man had not left Africa, mankind would be  monogenetic  and black.  _ ( Wsire  Cheikh  Anta  Diop )

– In easy French:  the black man left Africa and became depigmented, changed morphology to give birth to the white man leucoderm due to climatic conditions due to the last glaciation that lasted 100 000 years in Europe! 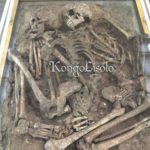 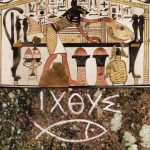 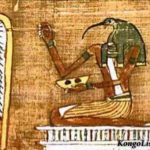 KongoLisolo « KL » In acronym is a website created for the purpose of bringing together all sons and daughters of African descent. KongoLisolo is open to people of all backgrounds and allows sharing of opinions, exchange ideas in order to self-educate based on the experiences of others. Why the name KONGOLISOLO? KONGO : means « Love » - also means « The backbone of humanity » & « The tamer people of leopards » LISOLO : means « Talk » ... So let us talk Blacks / Africans! KongoLisolo encourages « FREEDOM OF EXPRESSION » If you have questions, suggestion that you want to share with us, you can send them to : contact@kongolisolo.co